The Owl Is Back 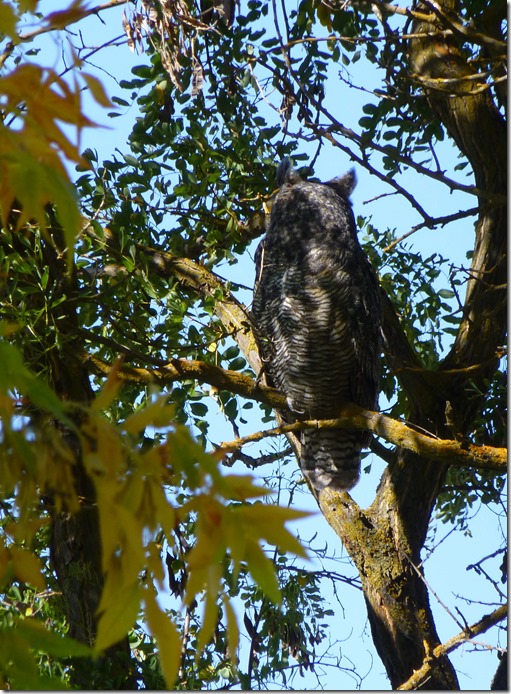 I was hanging clothes on the line and this owl flew out of the tree above me.  I went back later to take his picture.  I was able to sneak up on him…a little bit. 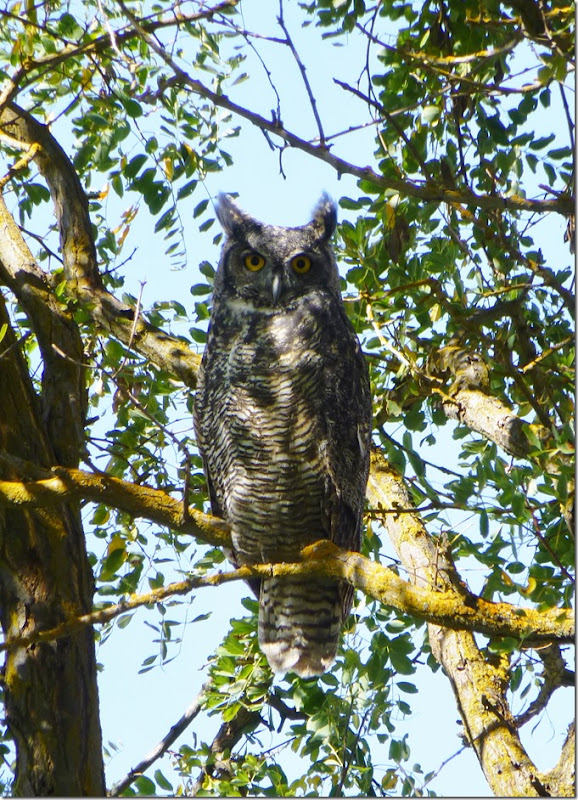 This is one of several Great Horned Owls that seem to hang around here. 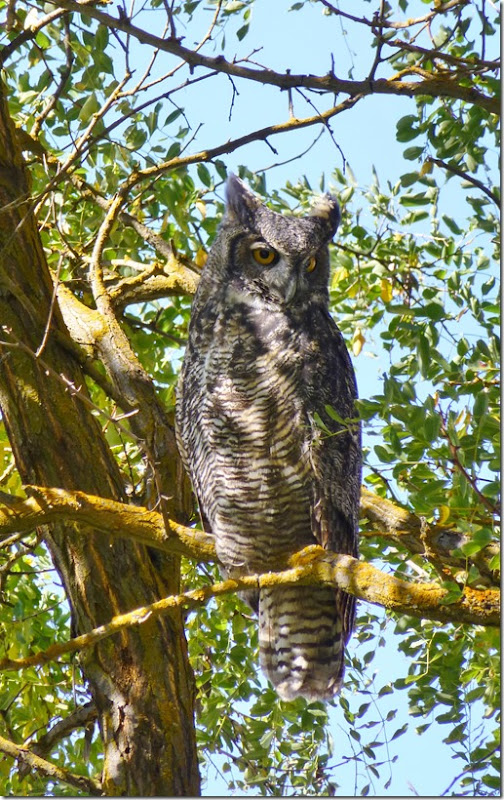 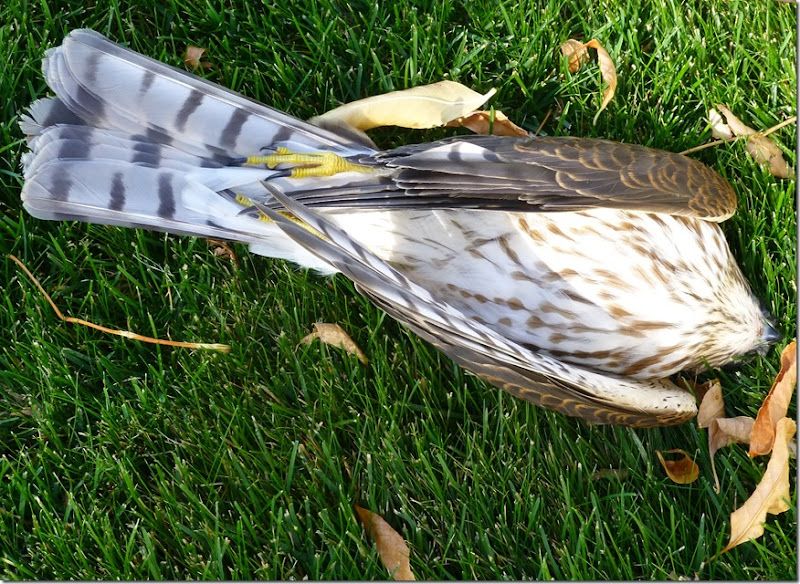 I have seen these guys in action before, he definitely did this.  It’s what one did to my chicken, Eleanor Roosevelt. a couple years ago.  Took her head right off.  This was a beautiful hawk. 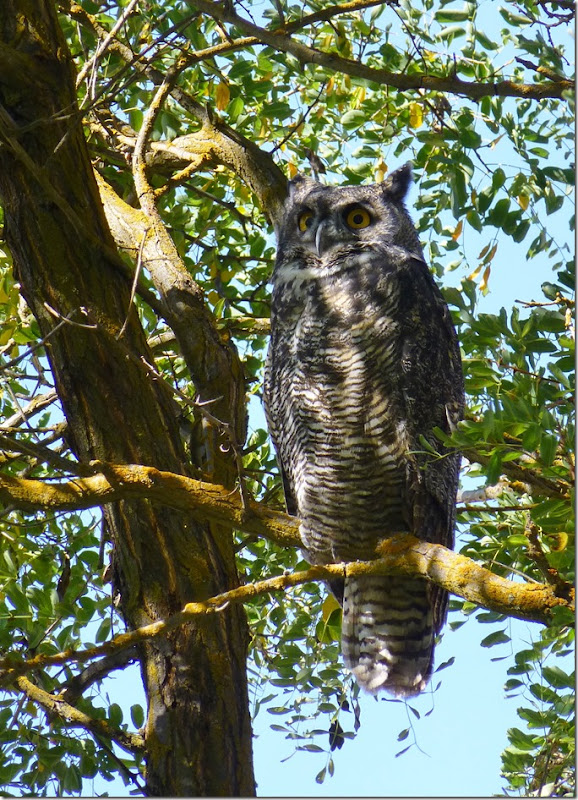 I won’t forget those eyes.  I saw them up close and personal when one of these guys was after my chickens.  Ms. Kitty from Gunsmoke, Annie Oakley and Belle Starr will not be doing a walkabout today!

They did not go out that day but yesterday I let them out in the afternoon after checking the trees for the owl.  Bad idea!  After a couple of hours, I heard my girls having a fit in the front of the house and ran to the window and sure enough there was the owl!  He was huge (at least two and a half feet high) and there were chicken feathers all over.  I scared him away and gathered up the girls but couldn’t find Annie anywhere.  I kept calling her name but finally had to give up.

Later I decided to see how the girls were doing in the coop.  Low and behold, there were all three girls, including Annie!  I was so relieved. Needless to say, the girls won’t be going out for a long long time.  Annie Oakley; smart chick, that she is; apparently pulled out her pistols, said ‘Back off, Buster’ and then headed straight home.  Yay! Good job, Ms. Oakley! 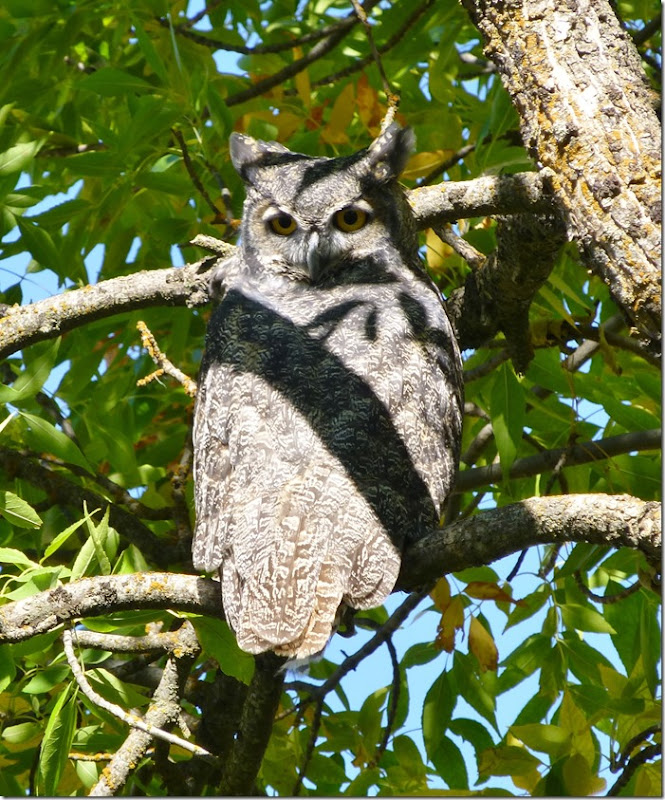 Weird seeing the head on the back of the body, huh? 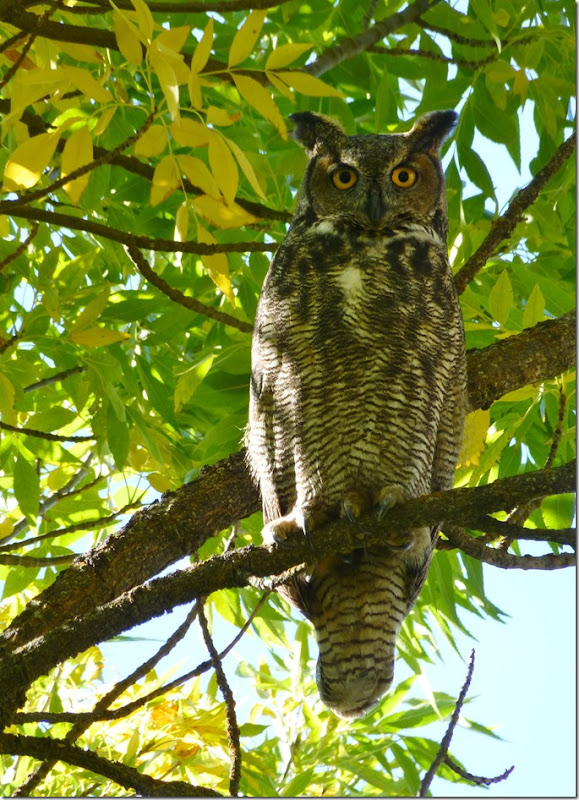 Both sitting in the same tree.  The girls are just about 40 feet away, no wonder they are staying in the coop instead of the run today.  Smart girls.